Once the backend is configured, we will make some adjustments to build and execute the app.

Google API offers an indispensable set of features that can be very useful as a complement or essence of many modern applications. Services such as Search, Gmail, Translate, Calendar or Google Maps are included here and we can take advantage of them for use in our apps. In this project we focus on two of these services:

to get, restrict and enable a Google API key. Once you get your API key, continue with the following statement to add it to the environment file.

If you need to use enviroment variables like URLs, API keys, usernames, passwords or any other parameter in your app, we include the .env file to store it. We use the react-native-dotenv package

to import the configuration variables from a .env file. If you need to use the Google Map Service, for example, you must to include the GOOGLE_API_KEY variable with the API key value.

You can then import and use any of the defined variables.

In any case that you need to use Google Maps in your project, you must also add the value of the api key (previously obtained from Google Cloud Platform Console

) in a couple of additional files.

For IOS based applications you must edit /ios/adventureTravelApp/AppDelegate.m (line: 23) file and add the value of the api key in the line indicated:

For Android based applications you must edit /android/app/src/main/AndroidManifest.xml file and add the value of the api key in the line indicated:

Once you have all the previous configurations ready, we can then start the build and execution of the project. Let’s start by installing the node modules, to do this go to the project folder from the terminal and run:

and wait for all the packages to be installed.

For iOS environment it’s necesary to install the Podfile. The Podfile it’s located in /ios/Podfile project route and contains the dependencies of the node modules that target the Xcode project. To install this references, access from the terminal to the ios folder and install the pod files:

Note that every time you add or update a node module you must execute this action to update the references in the iOS project. After the references are installed, go back to the project root folder and run the command to start the application:

With this command you must generate the application for iOS and raise the simulator you have configured. If you have any problem when you start the app for the first time, try to run it from Xcode to validate the project configuration.

If you’re working in an Android environment, to start the app you only have to run from the terminal:

Remember that you must have an Android simulator installed correctly for the application to run successfully. In case you have any problem running the app for the first time open with Android Studio the generated android project, located in the /android folder of the project. From Android Studio verify that the sync runs correctly from: File->Sync Project with Gradle Files menu and also that you have a simulator configured.

Running for the first time 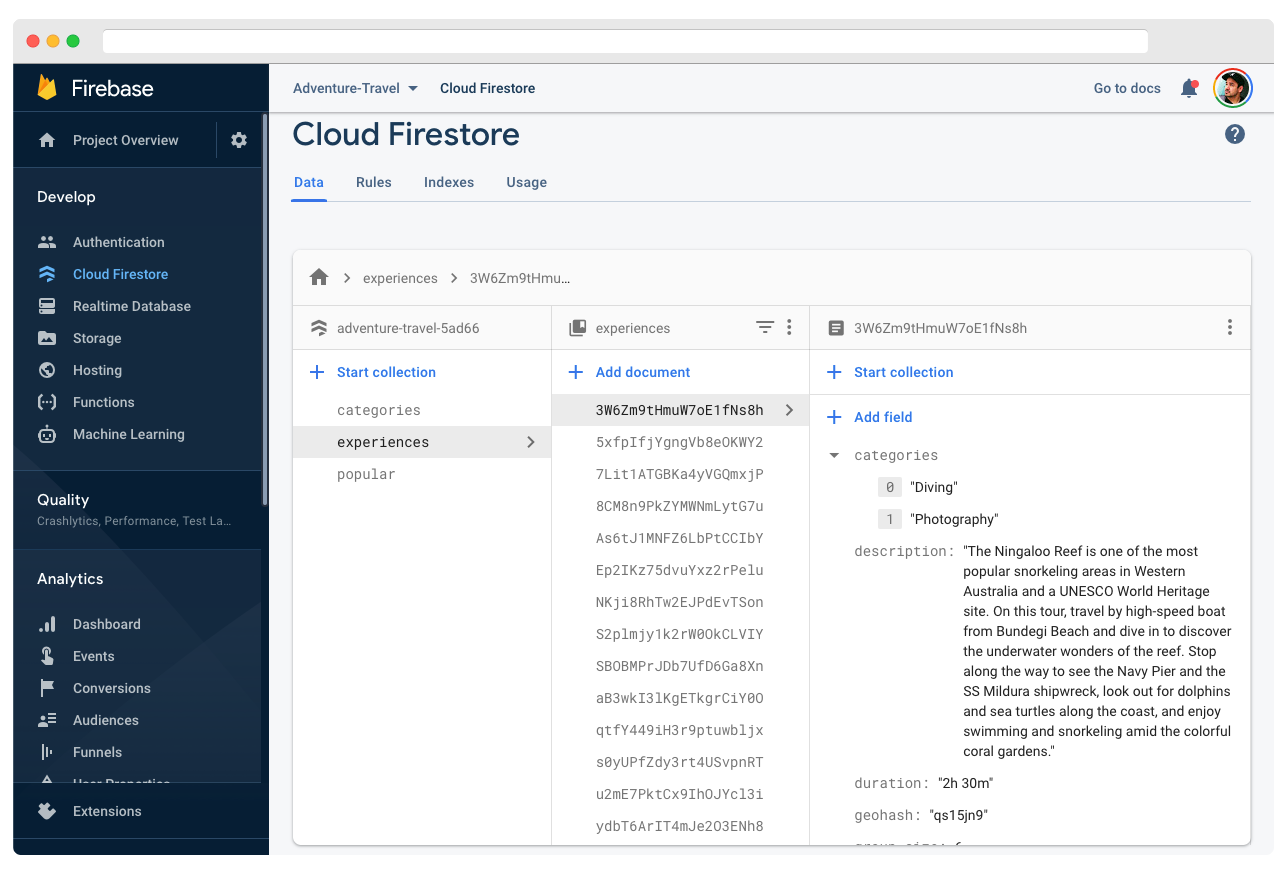 In addition to the default commands, included in the global package.json file, we have added a few additional yarn commands to provide a quick access to useful tools for code maintenance. You can use, for example, the command yarn clean to delete the node_modules, auto-generated files and reinstall the node_modules again. This command can be useful when you have building errors or incompatibility between new installed modules. As we always say: feel free to add or change what you need, in this case any command.

As you may have noticed, in the previous scripts, we have also included the lint command to run the ESLint tool. With this tool we can keep our code according to the ECMAScript standard and other rules you want to use to detect and avoid possible errors and inconsistencies.

ESLint is a tool for identifying and reporting on patterns found in ECMAScript/JavaScript code, with the goal of making code more consistent and avoiding bugs. - ESLint Documentation

To configure ESLint you can open the .eslintrc file from the main path. In this file you can include the rules for code validation, however in our case we will extends the rules from react-native-community, the official package

for react-native. If you want to extend from another configuration or include your own rules, you can consult the official ESLint documentation

Then, if you execute the command yarn lint from console a report is generated with the warnings and errors found in the whole project.

You can also use the command yarn lint:fix to try to fix as many issues as possible. The fixes are made to the actual files themselves and only the remaining unfixed issues are output. You should keep in mind that not all problems can be fixed using this option.

One way to maintain a common style of code in the project is by using a code formatting tool. In this project we have used Prettier, which is also integrated with ESLint. Prettier supports JavaScript but also other formats like JSX or JSON. To include Prettier integrated with ESLint we have added plugin:prettier/recommended to the ESLint configuration file.

We have also added the rules for Prettier in the .prettierrc configuration file. Here we can add the rules that we estimate to validate the coding style. You can see more details of the Prettier configuration from the documentation site

Now with this last configuration we can also get the unformatted errors using the same yarn lint command.

This time, with the use of the yarn lint:fix command, the code will take the proper format, keeping the standard in all the source code.

. The extension will highlight the linter error right inside the editor, and you can disable or tweak the rule however you want.